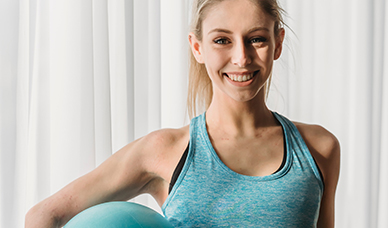 many years ago, my dad was diagnosed with a terminal heart condition. he was put on permanent disability and was unable to work at a steady job. he would be fine for quite a while, but would then fall suddenly ill and have to be admitted to the hospital.

he wanted to do something to keep himself busy, so he decided to volunteer at the local children hospital. my dad loved kids. it was the perfect job for him. he ended up working with the terminally and critically ill children. he would talk to them and play with them and do arts and crafts with them. sometimes, he would lose one of his kids. in certain instances, he would tell the grieving parents of these children that he would soon be with their child in heaven and that he would take care of them until they got there. he would also ask the parent if there was a message they would like to send with him for their child.

my dad assurances seemed to help parents with their grieving. one of his kids was a girl who had been admitted with a rare disease that paralyzed her from the neck down. i don‘t know the name of the disease or what the prognosis usually is, but i do know that it was very sad for a girl around eight or nine years old. she couldn‘t do anything, and she was very depressed. my dad decided to try to help her. he started visiting her in her room, bringing paints, brushes and paper. he stood the paper up against a backing, put the paintbrush in his mouth and began to paint. he didn‘t use his hands at all. only his head would move. he would visit her whenever he could and paint for her. all the while he would tell her, see, you can do anything you set your mind to.

eventually, she began to paint using her mouth, and she and my dad became friends. soon after, the little girl was discharged because the doctors felt there was nothing else they could do for her. my dad also left the children hospital for a little while because he became ill. sometime later after my dad had recovered and returned to work, he was at the volunteer counter in the lobby of the hospital. he noticed the front doors open. in came the little girl who had been paralyzed, only this time she was walking. she ran straight over to my dad and hugged him really tight. she gave my dad a picture she had done using her hands. at the bottom it read, thank you for helping me walk.

my dad would cry every time he told us this story and so would we. he would say sometimes love is more powerful than doctors, and my dad - who died just a few months after the little girl gave him the picture - loved every single child in that hospital.

from the golden-tipped fields of mid-west america to the ancient kingdoms of verdant palestine, there is a happy truth to be shared with all who would take heed. in more recent times, this truth has been expressed as: april showers bring may flowers. this is a truth that promises light bursting from darkness, strength born from weakness and, if one dares to believe, life emerging from death.

farmers all over the world know the importance and immutability of the seasons. they know that there is a season to plant and a season to harvest; everything must be done in its own time. although the rain pours down with the utmost relentlessness, ceasing all outdoor activities, the man of the field lifts his face to the heavens and smiles. despite the inconvenience, he knows that the rain provides the nourishment his crops need to grow and flourish. the torrential rains in the month of april, give rise to the glorious flowers in the month of may.

but this ancient truth applies to more than the crops of the fields; it is an invaluable message of hope to all who experience tragedy in life. a dashed relationship with one can open up the door to a brand new friendship with another. a lost job here can provide the opportunity for a better job there. a broken dream can become the foundation of a wonderful future. everything has its place.

remember this: overwhelming darkness may endure for a night, but it will never overcome the radiant light of the morning. when you are in a season of sorrow, hang in there, because a season of joy may be just around the corner…

when i was superintendent of schools ( 地方教育官员) in palo alto, california, polly tyner, the president of our board of trustees ( 理事会，大学董事会), wrote a letter that was printed in the palo alto times. polly's son, jim, had great difficulty in school. he was classified as educationally handicapped and required a great deal of patience on the part of his parents and teachers. but jim was a happy kid with a great smile that lit up the room. his parents acknowledged his academic difficulties, but always tried to help him see his strengths so that he could walk with pride. shortly after jim finished high school, he was killed in a motorcycle accident. after his death, his mother submitted this letter to the newspaper.

today we buried our 20-year-old son. he was killed instantly in a motorcycle accident on friday night. how i wish i had known when i talked to him last that it would be the last time. if i had only known i would have said, "jim, i love you and i'm so very proud of you."

when you put all the good attributes on the scale and you try to balance all the irritating traits such as the radio which was always too loud, the haircut that wasn't to our liking, the dirty socks under the bed, etc., the irritations don't amount to much.

i won't get another chance to tell my son all i would have wanted him to hear, but, other parents, you do have a chance. tell your young people what you would want them to hear if you knew it would be your last conversation. the last time i talked to jim was the day he died. he called me to say, "hi, mom! i just called to say i love you. got to go to work. bye." he gave me something to treasure forever.

if there is any purpose at all to jim's death, maybe it is to make others appreciate more of life and to have people, especially families, take the time to let each other know just how much we care.

you may never have another chance. do it today!