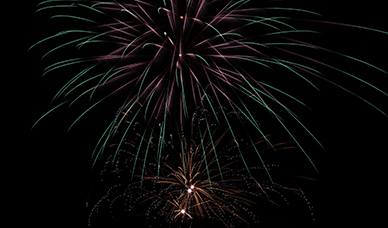 when love beckons you, follow him, though his ways are hard and stccp. and when his wings enfold you, yield to him, though the sword hidden among his pinions may wound you. and when he speaks to you, believe in him, though his voice may shatter your dreams as the north wind lays waste the garden.

for even as love crowns you so shall he crucify you. even as he is for your growth so is he for your pruning. even as he ascends to your height and caresses your most tender branches that quiver in the sun,so shall he descend to your roots and shake them in their clinging to the earth.

all these things shall love do unto you that you may know the secrets of your heart and in that knowledge become a fragment of life's heart.but if,in your fear,you would seek only love's peace and love's pleasure,then it is better for you that you cover your nakeness and pass out of love's threshing-floor. into the season less world where you shall laugh, but not all of your laughter, and weep. but not all of your tears. love gives naught but itself and takes naught but from pssesse, not nor would it be possessed. for love is sufficient into love.

love has no other desire but to fulfill itself. but if you love and have desires, don't let these be your desires:

to know the pain of too much tenderness.

to be wounded by your own understanding of love

and to bleed willingly andjoyfully.

to wake at dawn with a winged heart and give thanks for another day of loving;

to rest at the noon hour and meditate love's ecstasy;

to return home at eventide with gratitude; and then to sleep with a prayer for the beloved in your heart.

they met with each other at a party, she was so young and beautiful, with many pursuers after her, while he was just an ordinary man. at the end of the party, he invited her to have coffee with him, which was to her great surprise, however, out of politeness, she accepted his invivation.

sitting in a nice cafe and not knowing what to talk about, they both felt very embarrassed, all she had in her mind was to end the date and go home.

when the waitress served them the coffee, he asked her to bring him some salt, telling the waitress that he had the habit of putting salt in the coffee. stunned by his queer action, everyone in the cafe, including her, focused their eyes on him, which made him turn red. soon the waitress gave him the salt, and he put in the salt and took sips. her curiosity aroused, she asked, "how come such a habit?" he hesitated for a while before replying in a word-after-word way, "when i was a little kid, we lived by the seashore and i used to indulge myself in the sea. every time there came the ocean wave, the sea water would found its way into my mouth, which was bitter and salty. i have been away from my family for a long time and i am missing it, and coffee with salt can remind me of the taste of the seawater and bring me closer to my hometown.

all of a sudden, she was touched by the man, for it was the first time for her to hear a man telling her of his longings for home. in her eyes, a man with homesickness must be a domestic man, who will surely love his family. she had an urge to confide to him, about her hometown thousands of miles away. the cold and embarrassing atmosphere melted away for the time, and they talked for quite a while. that night, she agreed to let him walk her home.

after that special night, they dated frequently. she gradually got to know that he was a nice man, being magnanimous, attentive and considerate, which were the essential qualities she thought a remarkable man should possess. deep down, she felt lucky for accepting his first invitation out of politeness, otherwise, she would have missed such a remarkable man. they later dated with each other in almost all the cafes in the city, where she would always take the lead to tell the waiter to get him some salt.

as all the fairy tales go, the princess and the prince get married and lead a happy life ever since. and the story would have ended with the husband passing away after 40 years of happy life, nothing special if it were not for the letter the husband left for her.

the letter was written before his death, "my dearest, please forgive me for my cheating you all the time. do you still remember our first date in the cafe? you know, the atmosphere was not very pleasant, and i was feeling terrible and nervous. i meant to ask the waitress to bring me the sugar, which came out to be the salt. i actually didn't go for the salt, but i had to go on with the mistake, which sparked your curiosity. i had no other choice but to make up the story i told you, which 1 had no idea would made me drink coffee with salt for the rest of my life. i didn't yield to my impulse to tell you the truth several times, because i didn't want to get you upset, i was even more afraid of you leaving me for that. i am relieved now, for i'm dying, and people all forgive the dying, right? i have been endowed with the greatest happiness in the world for marring you, and if i had a second life, i would choose you to be my wife again. there is only one thing i want to make sure, that is, i would never drink coffee with salt anymore, you never know how bitter it is!"

she was shocked by the letter, with the feeling of being cheated. however, he would never know how strong her desire was to let him know that, she was just too happy to be cheated for her whole life by someone she loved so much.

freda bright say,only in opera do people die of love.”it's true. you really can't love somebody to death. i've known people to die from no love. but i've never known anyone to be loved to death. we just can't lom one another enough.

a heart-warming story tells of a woman who finally decided to ask her boss for a raise in salary. all day she felt nervous and apprehensive .later in the afternoon she summoned-the courage to approach her employer. to her delight, the boss agreed to a raise.

the woman arrived home that evening to a beautiful table set with their best dishes.candles were softly glowing. her husband had come home early and prepared a festive meal. she wondered if someone from the office had tipped him off'', or... did he just somehow know that she would not get turned down?

she found him in the kitchen and told him the good news. they embraced and kissed, then sat down to the wonderful meal. next to her plate the woman found a beautifully lettered note. it read: "congratulations, darling! i knew you'd get the raise! these things will tell you how much i love you."

following the supper, her husband went into the kitchen to clean up. she noticed that a second card had fallen from his pocket. picking it off the floor, she read: "don't worry about not getting the raise! you deserve it anyway! these things will tell you how much i love you."

someone has said that the measure of love is when you love without measure. what this man feels for his spouse is total acceptance and love, whether she succeeds or fails. his love celebrates her victories and soothes her wounds. he stands with her, no matter what life throws in their direction.

upon receiving the nobel peace prize, mother teresa said: "what can you do to promote world peace? go home and love your family." and love your friends. love them without measure.