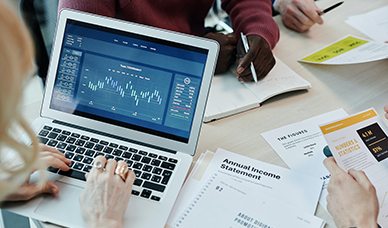 in the busy city of new york, such an astonishing thing that ever happened.

on a friday night, a poor young artist stood at the gate of the subway station, playing his violin. though the music was great, people were quickly going home for the weekend. in this case, many of them slowed down their paces and put some money into the hat of the young man.

the next day, the young artist came to the gate of the subway station, and put his hat on the ground gracefully. different than the day before, he took out a large piece of paper and laid it on the ground and put some stones on it. then he adjusted the violin and began playing. it seemed more pleasant to listen to.

before long, the young violinist was surrounded with people, who were all attracted by the words on that paper. it said, "last night, a gentleman named george sang put an important thing into my hat by mistaken. please come to claim it soon."

seeing this, it caused a great excitement and people wondered what it could be. after about half an hour, a middle-aged man ran there in a hurry and rushed through the crowd to the violinist and grabbed his shoulders and said, "yes, it's you. you did come here. i knew that you're an honest man and would certainly come here."

the young violinist asked calmly, "are you mr. george sang?"

the man nodded. the violinist asked, "did you lose something?"

"lottery. it's lottery," said the man.

the violinist took out a lottery ticket on which george sang's name was seen. "is it?" he asked.

george nodded promptly and seized the lottery ticket and kissed it, then he danced with the violinist.

the story turned out to be this: george sang is an office clerk. he bought a lottery ticket issued by a bank a few days ago. the awards opened yesterday and he won a prize of $500,000. so he felt very happy after work and felt the music was so wonderful, that he took out 50 dollars and put in the hat. however the lottery ticket was also thrown in. the violinist was a student at an arts college and had planned to attend advanced studies in vienna. he had booked the ticket and would fly that morning. however when he was cleaning up he found the lottery ticket. thinking that the owner would return to look for it, he cancelled the flight and came back to where he was given the lottery ticket.

later someone asked the violinist: "at that time you were in needed to pay the tuition fee and you had to play the violin in the subway station every day to make the money. then why didn't you take the lottery ticket for yourself?"

the violinist said, "although i don't have much money, i live happily; but if i lose honesty i won't be happy forever."

through our lives, we can gain a lot and lose so much. but being honest should always be with us. if we bear ourselves in a deceptive and dishonest way, we may succeed temporarily. however, from the long-term view, we will be a loser. such kind of people are just like the water on the mountain. it stands high above the masses at the beginning, but gradually it comes down inch by inch and loses the chance of going up.

there is an english proverb which says (saying) “honesty is the best policy.” it signifies the importance of honesty.

there is no enumerating the evils of dishonesty here. in a word, a dishonest man will be looked down upon by others and (be) regarded as a public enemy.

on february twelfth, a friday night in new york in winter, a poor handsome young man called jay stood near the railway station, playing a small concert on his violin. the music was so excellentthat many people slowed down, sometimes gave a cheer or praise, and put some money into his hat.

on saturday, jay came again. he took out a large piece of paper and laid it on the ground. then he began playing with speed, lively and proud, in this public space. it seemed more pleasant to listen to, a perfect program of music. before long, many people came, looking at the paper. manypointed at it, wondering. it said, “last night, a gentleman named george sang put an important thing into my hat. please come to claim it soon.” jay knew the man was somewhere out there.

seeing this, people wondered what it could be. after about half an hour, a middle-aged manrushed through the many people to the young man and said, “i’m george. i knew you’d come here!”

then george explained the whole story. he bought a lottery ticket a few days ago. yesterday he found that he won a prize of $500,000. he was very excited to be a winner. on his way home, he felt the music was so wonderful that he took out $100 and put it into the hat. however, the lottery ticket with his name on it was also mistakenly thrown in.

jay was a student at an arts school in paris. he had booked a flight on an airplane that would leave from the airport that morning to go across the atlantic. however, when he happened to find the ticket holder had won the lottery, he cancelled the flight and came back to the railway station. he knew to whom the ticket belonged. george, the owner of the object said that jay was his hero.

later, after hearing the tale, someone asked jay, “what a huge discovery! why didn’t you take the lottery ticket for yourself?” he said, “although i don’t have much money, i live happily in general; but if i lose honesty, i won’t be happy forever. i cannot afford to do that.”